In September 2001, John Di Lemme founded Di Lemme Development Group, Inc., a company known worldwide for its role in expanding the personal development industry. As President and CEO, John strives for excellence in every area of his life and believes that you must surround yourself with a like-minded team in order to stay on top of your game.

In addition to building a successful company, John is a dynamic, results focused business coach and capitalism strategist who has generated over 150 Million Dollars for his clients by seeing through corporate jargon and red tape to pinpoint profitability issues, develop strategic systems to solve those issues before it’s too late, and create a marketing blueprint to provide guidance as to what to do next to increase revenue long-term.

His clients include doctors, lawyers, realtors, entrepreneurs, consultants, network marketers, CEOs of million dollar companies, and various other occupations that are thriving no matter the type of business or state of the economy.

John has changed lives around the globe as an international motivational speaker and trainer that has spoken in over one thousand venues and shared the stage with the best of the best including Jim Rohn, Dr. John Maxwell, Les Brown, Pastor Greg Locke, Rich Devos, Fmr ICE Director Tom Homan, MyPillow CEO Mike Lindell, Eric Trump, Mark Victor Hansen, and Denis Waitley only to name a few. This is truly an amazing feat for someone that was clinically diagnosed as a stutterer at a very young age and told that he would never speak fluently.

As an accomplished author, John details his success story and other topics including business, success, marketing, and motivation in his twenty books including his newest book, “Making Capitalism Great Again – How to Maximize America’s Booming Economy Plus the ABCs of Socialism versus Capitalism.”

It was John’s business acumen and love for America that led him to create the Conservative Business Journal, one of the top Conservative news sites that is feared by the fake news for publishing hard-hitting truth and exposing the lies of mainstream media.

His stance as fierce fighter and protector of Conservative values that are the foundation of America resulted in his content being censored on many platforms. Despite the censorship, John continues to stand strong for capitalism and the freedom to create wealth in our nation.

John is also the host of the absolutely explosive, no holds barred, uncensored CBJ Real News Podcast Show that brings the Real News to the American people featuring leading experts on conservatism, business and news related to the Conservative Movement. He CROSSES the line when everyone else is focused on holding it and goes toe to toe with radicals who are the enemy of our nation. This boldness has catapulted the success of his CBJ Real News Podcast Show ranking to the top 1% of all podcasts worldwide.

John recently announced the rollout of his Conservative Mastermind Club, an Exclusive, by Invite Only Mastermind Club to mentor and guide Conservative business owners, entrepreneurs, and hard-working American Patriots on how to transform and protect America…plus absolutely destroy the enemies of our nation like George Soros.

The Conservative Millionaire Mastermind Club is an elite network of like-minded, success driven Patriots who mastermind together to learn from the collection experience of the group and mentorship of John Di Lemme, a titan in the industry of success, motivation, and marketing, to achieve the next level in their lives and take back our country. To find out how you can join this group of Patriots, go to ConservativeMastermindClub.com

To inquire about booking John to speak at your next event, find out more about his one-on-one business consulting, or to join his NEW Conservative Millionaire Mastermind Club, Call/Text (561) 847-3467 or Email John@GiantGoals.com

Raving Reviews from
Just a Few of John’s Clients…

10 Times Anything You Could’ve Imagined

“As John Di Lemme’s coaching student, I’ve achieved a higher level of success that I honestly never even dreamed of. What’s incredible about John is that you’ll never be able to outgrow him, and he always exceeds my expectations in every coaching session. John’s vision for you and your business will be 10 times anything you could’ve imagined, and he sees opportunities that you simply would’ve missed. I’m absolutely breaking records, and December 2022 will be the largest month that I’ve had in the history of my business.”

Earn More Money than Ever in 22 Years of Business!

“It’s hard to find REAL News in today’s world, but I can always count on John Di Lemme to provide what’s exactly going on in America’s economy and how it impacts my business. The strategies that I learned from plus build my client list long-term.”

“John Di Lemme specializes in old school principals based on America’s proven and time-tested system of capitalism that will catapult results for anyone, in any business or with any goal. Since I started coaching with John, I went from selling just 30 homes a year to over 350 homes a year!" 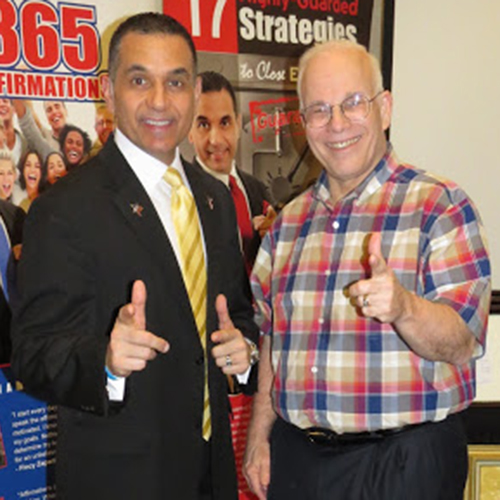 My Income is the Highest Ever in My Career…

"John Di Lemme is the best business coach I have ever worked with. You cannot match the level of information, skill, and most of all integrity that you get with John. He will be tough when I need to hear it most and challenges me to be my best so that I can keep the edge that makes me the best in my profession. My income since I've been coaching with John has been the highest of my 40+ year career as a medical professional. I recommend John entirely and without any reservation."

GET YOUR FREE REPORT NOW!